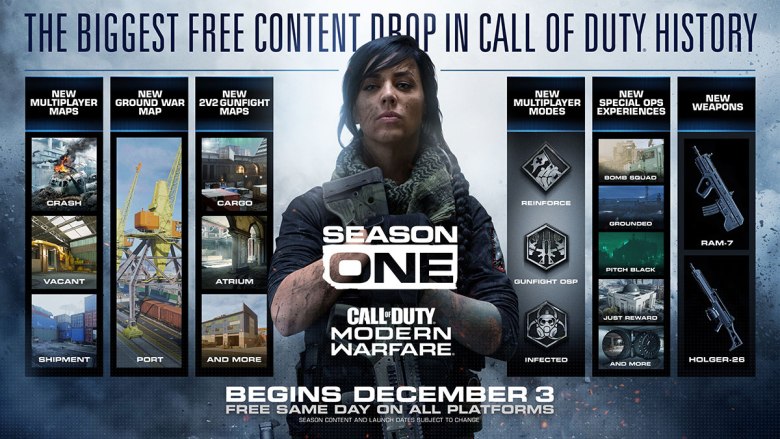 Modern Warfare Season 1 is arriving on all platforms on the 3rd of December.  With it comes lots of new and free content including new maps, modes, weapons, missions and the battle pass.  Check out all of the details and the roadmap below.

Here’s a look at the free Modern Warfare content all players will have access to that starts next week and will continue throughout the duration of Season One:

Crash (Multiplayer Map): The iconic Call of Duty 4: Modern Warfare map has returned with all the flanking routes and action-packed rooftop encounters you remember.

Atrium (Gunfight Map): The centerpiece of a Verdansk palace, still intact despite the conflict raging nearby.

Reinforce (Multiplayer Mode): A hybrid of Dom and S&D, a single-life mode with both teams competing for control of three flags.

On Site Procurement (O.S.P.) (Gunfight Mode): A tactically rich 2v2 mode with a twist: Begin with just your fists, and gather equipment as the match progresses.

Every single member of the Modern Warfare community can earn some of the tiers within the forthcoming battle pass system, including cosmetic items and two new base weapons. Look for more information about this on December 3. 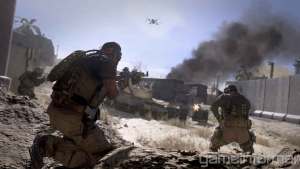 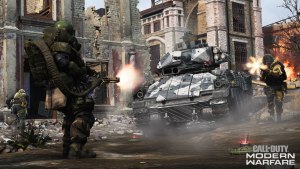 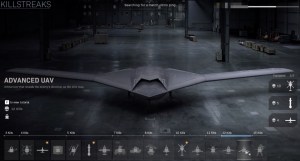 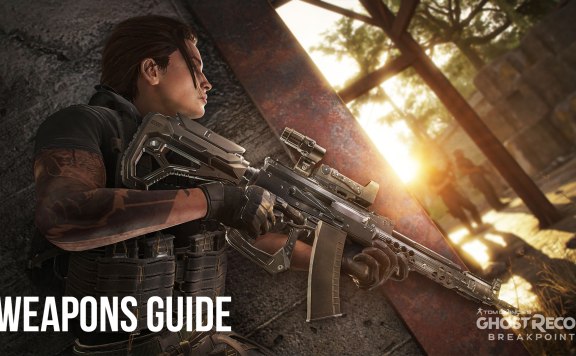 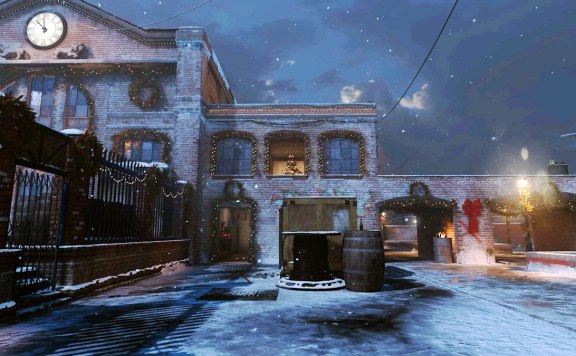 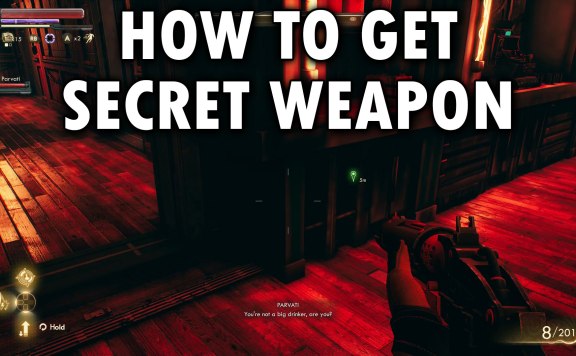 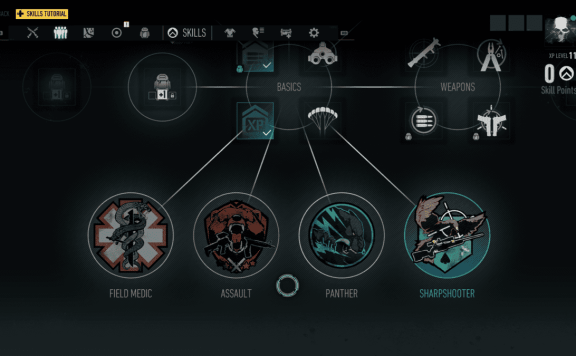 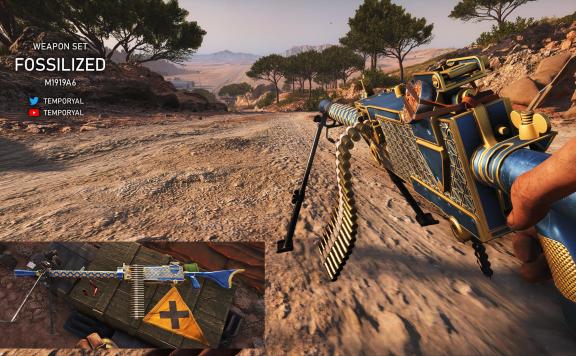 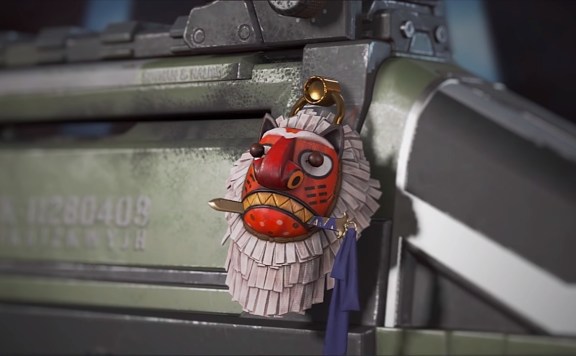 Borderlands 3 How To Kill Team Tyreen