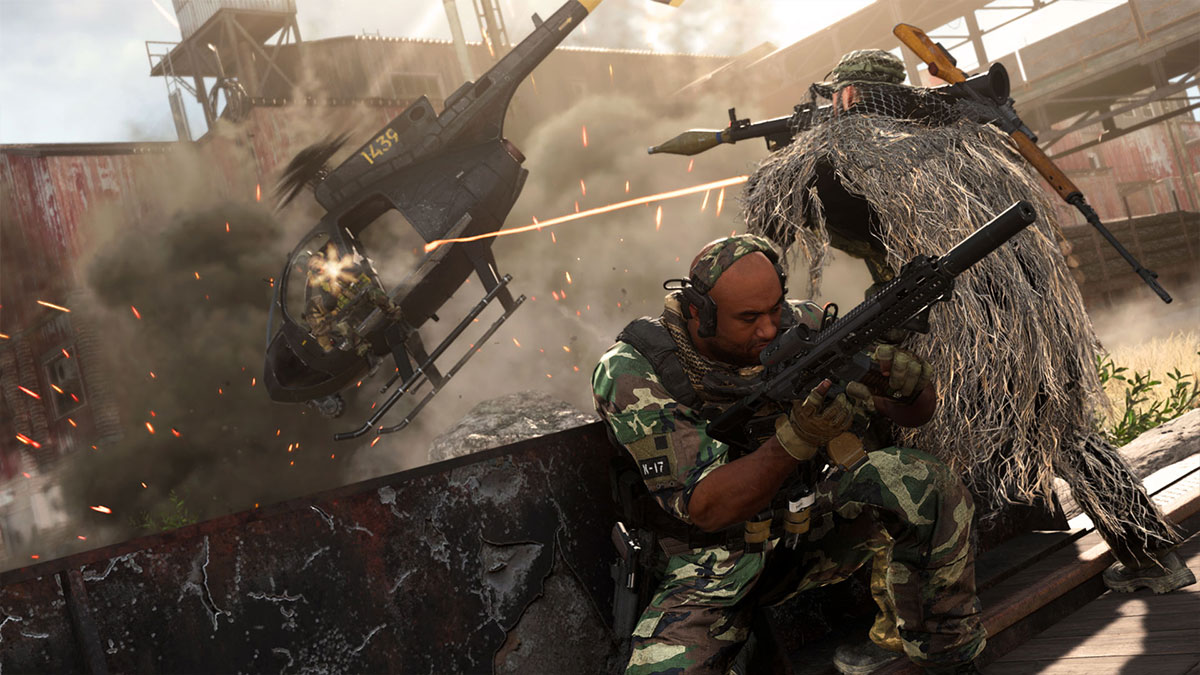 the Modern Warfare Warzone Best Settings guide will help you choose the best settings to improve your aim and get more kills in the new battle royale.  The main settings to change are sensitivity and video settings, but we will cover all of them and make 14 changes altogether. 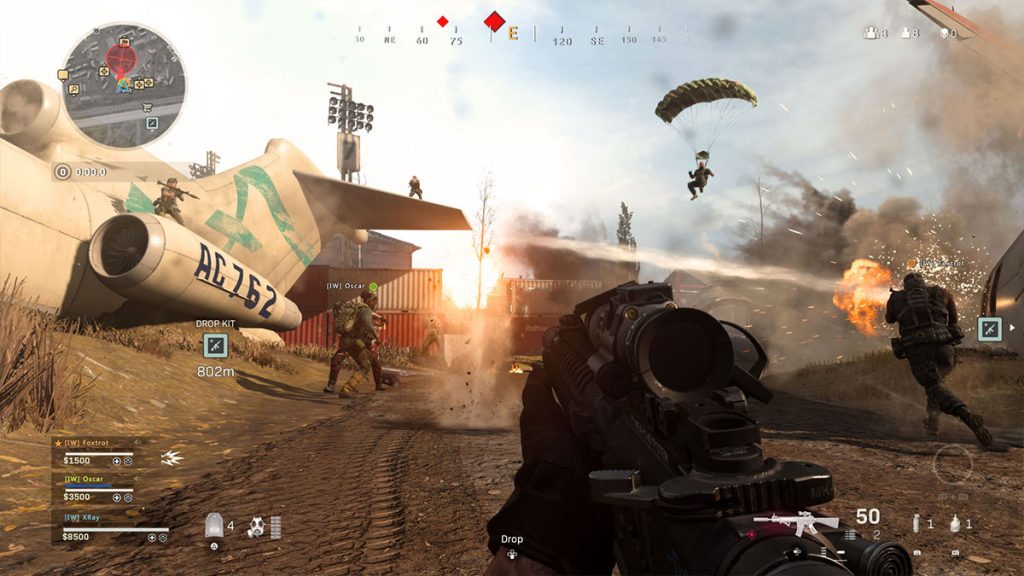 For controls set your button layout preset to tactical.  This simply switches crouch and melee buttons around to something I find easier to use.  It means also that sprint and crouch and slide are all controlled by the left and right sticks, makes it a bit easier.

How do you pick the best sensitivity for warzone and best ads sensitivity?  Well first you need to understand Aim response curve, then its a matter of dialling it in to what works for you.

There are 3 options to choose from here:

Standard – gradually increases your spin speed by a factor until it reached 100%.  So, when spinning around you will start of slow and build up to your fastest in increments of say 10% until you reach 100% spin speed.

Linear – A Linear curve this directly correlates to your raw input and is essentially the same as have the option turned off.  If you push your thumb-stick 25% of the way out, you will spin 25%.

Dynamic – Dynamic is more of a bit of both, slower to begin with to build up and around 50% you will switch to raw input.

Linear is the best option but is the toughest to master. 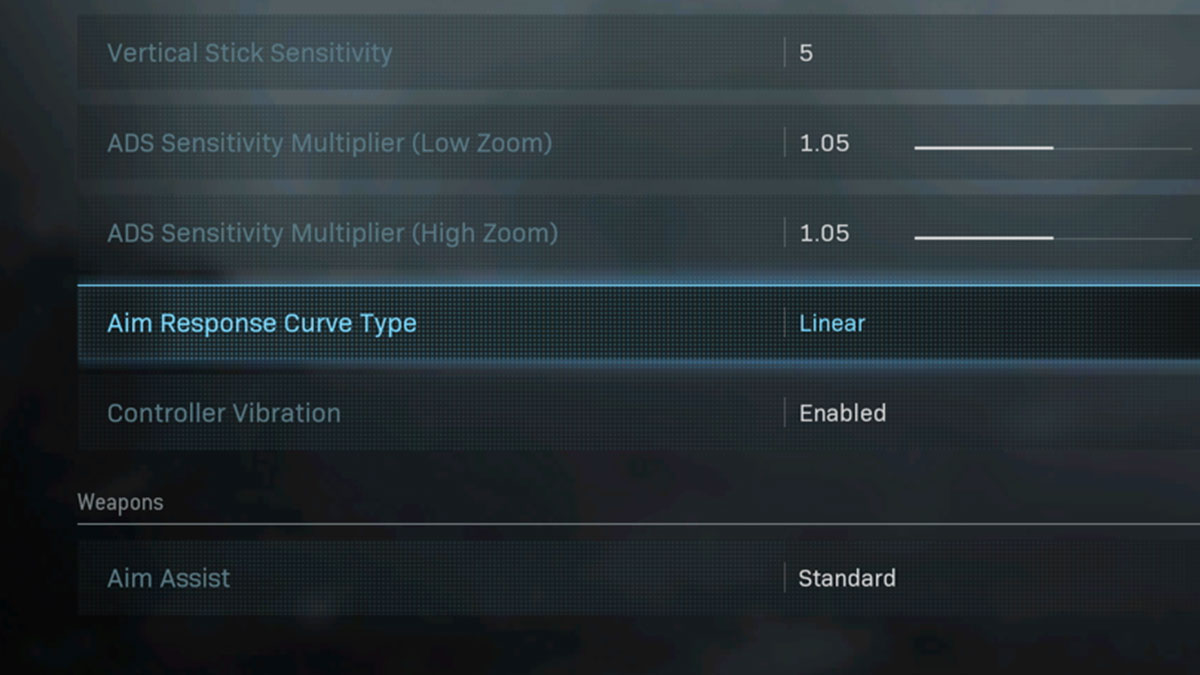 I prefer to have 7 for horizontal and 5 for vertical. If you want to know what A lot of pro players will use, then between 5 and 7 is common and most agree anything over 10 is counter intuitive.  A lot of players go above this though simply because they can’t handle playing at such slow speeds, fortunately I prefer it at lower and care more about aiming than turning speeds.

Now choosing the best sensitivity and what’s right for you is up to you but, for getting the right accuracy its easy, simply record your self-shooting at players and check to see where your cross-hair is when firing.  Are you under aiming, or over aiming?

Look at your recording see if you’re under or over aiming, if you are and by a big amount then you need to lower or increase your aim sensitivity until your aiming is quite close to the target most times. 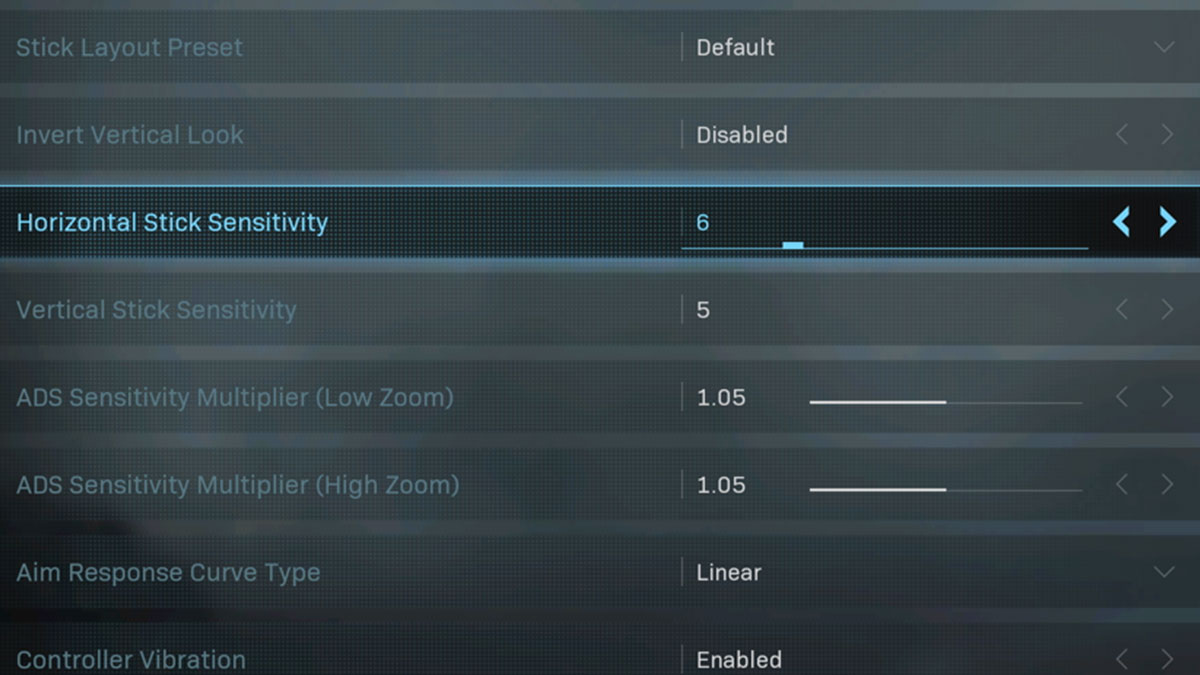 I have slightly increased my brightness to 55 but in depends on your own monitor, make sure you can see any dark areas where enemies might be standing and that will determine the best birghtness.

When picking the best film grain for warsoze and motion blur its best to know that both are used primarily to make a cinematic look good and there is no use in having a less clear picture when playing competitively.  Set both motion blur and film grain to disabled or 0. 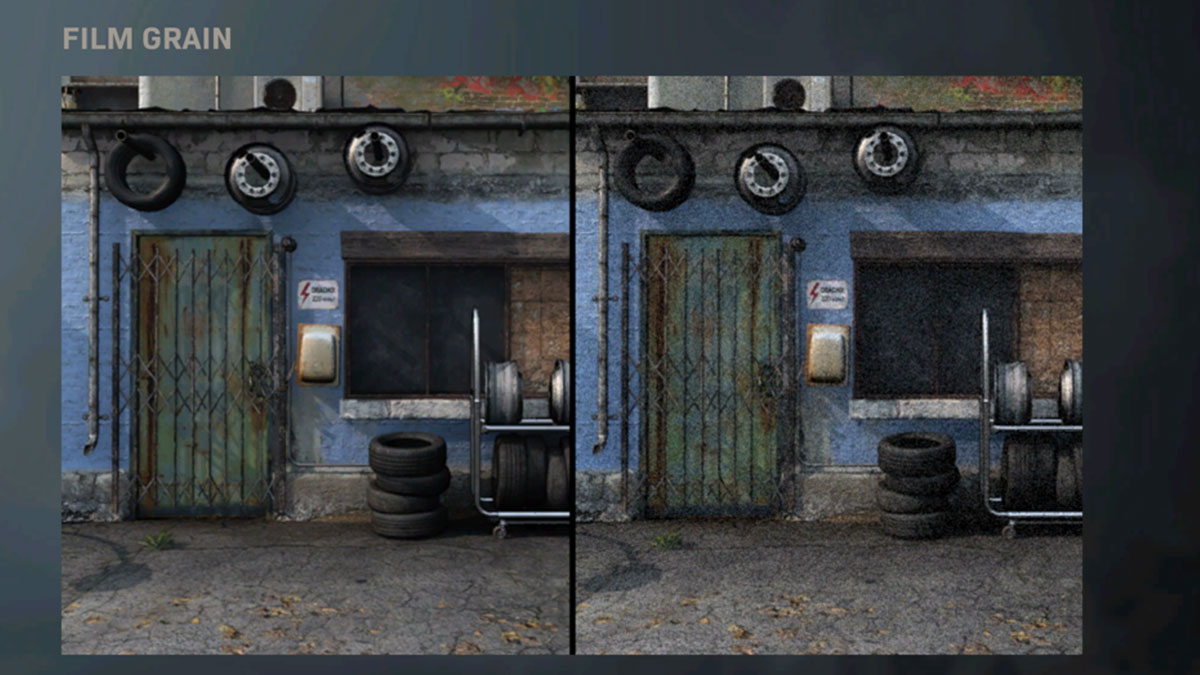 This makes the most important sound effects more audible and is particularly useful in a battle royale as you want to hear what’s going on around you.  Footsteps or grenade pins being pulled is what you want to hear. 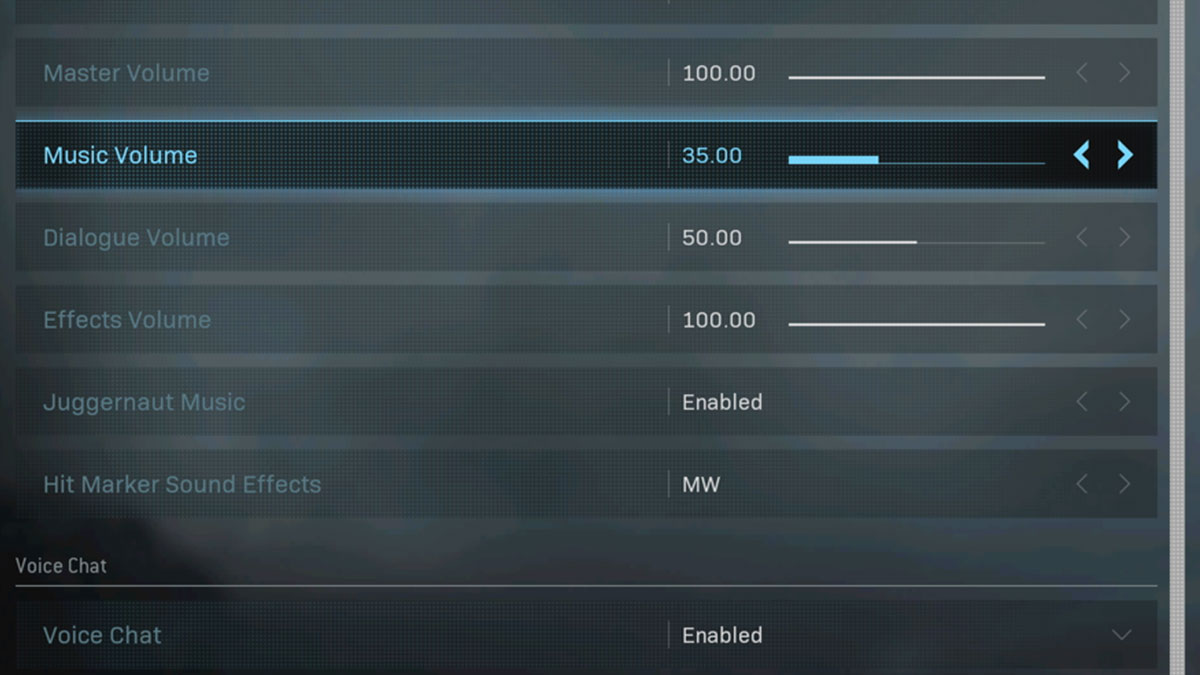 All other settings in the game can be left to default, you might want to consider turning on auto run and turning off controller vibration for that fine aim at long range but I prefer to leave them at default.

Bleeding Edge How To Play 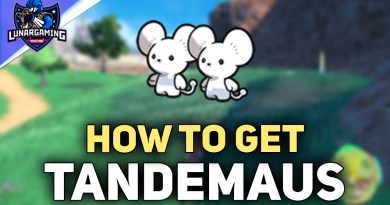 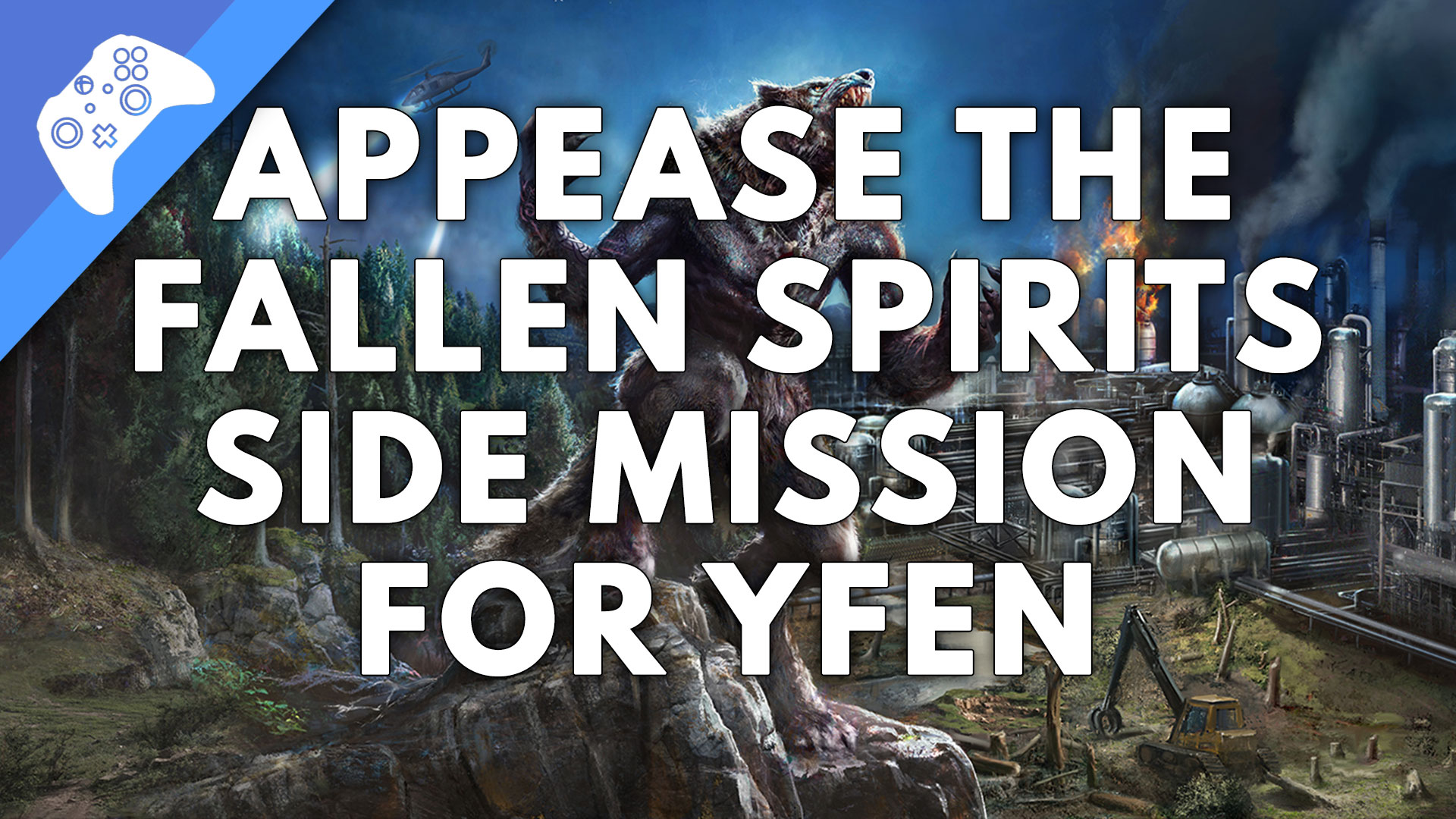 Werewolf The Apocalypse Earthblood Appease The Spirits Side Mission