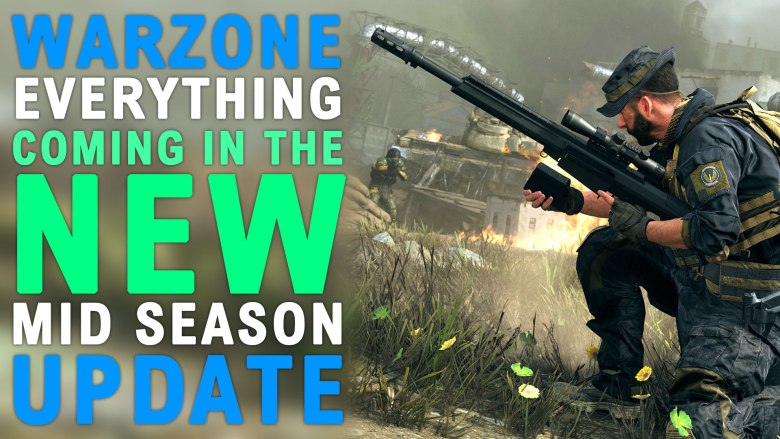 4 big changes are coming to warzone tomorrow in the new mid season update called season 4 reloaded that will see the biggest change to gameplay yet for the battle royale, plus all the mid season content that will be dropping, like the new maps, weapon and more for the entire game.

Lets break down everything coming to the game in the update.

First the download time and size, Tomorrows update will be dropping at 11Pm Pacific time, around 7am Uk time on Wednesday, so still a little bit of a wait before it drops over 24 hours from now but there is plenty to look forward to.  For file size, the Season Four Reloaded update will have a download size of approximately 22-36 GB for owners of the full version of Modern Warfare. Plus an addition 3.5Gb update on console.  Warzone only players will have a slightly smaller update.

Keep in mind this is not an additional file size the current one, you are redownloading many updated assets, the file size will be roughly the same as it is currently once downloaded.

What about the changes in the update.

With this update, Verdansk will now be able to hold up to 200 players in Battle Royale Quads. That means 50 Quads of Operators fighting each other and the encroaching circle collapse.

This new player count makes Warzone an even bigger Battle Royale experience, so get ready to drop in alongside 199 other members of this millions-strong community to cause havoc!

Upon activation, you and your squad (if applicable) will be directed to a nearby Buy Station. Reach it within the time limit to get a discount on Buy Station purchases. Of course the discount wont be applied to the closest station, its more random, meaning you might need to find a vehicle to make the most of it.

Next the juggernaught battle royale is here, find one of the airdropped care packages to become the Juggernaut and use the mini-gun to attack enemies and vehicles. Once a Juggernaut is sent to the Gulag, a new Juggernaut care package will drop on the map, so do your best to capture the suit and take on any squad that stands in your way.

Finally a new spotter scope is being added into the battle royale.  Think of this as a high-powered scope without the glint; this re-usable scope allows you to scan the environment around you and mark enemies without being detected. Perfect for scouting ahead, the Spotter Scope is a great tool for Operators who want to plan their next move while keeping a low profile.

So some great additions are coming to warzone tomorrow.

If that wasn’t enough there regular new content changes as well starting with a new weapon, the Rytec AMR.

This .50 caliber-chambered beast joins the three other weapons in the sniper rifle category and is yours to unlock via in-game challenge. A blueprint variant is also available to get through the Store via the ‘Lost Souls’ bundle.  The Rytec AMR is one of the deadliest semi-automatic anti-material rifles an Operator can get their hands on.

Those who have the full Modern Warfare experience have a new locale to deploy to: Cheshire Park.

Located in urban London, England, Cheshire Park is a picturesque garden and conservatory where Operators will battle from door to door or through the central flora-filled area​.

Take to the townhomes for long sightlines, the stores to capture objectives through intense CQB battles, or take to the side streets to take some shortcuts. If you dare, try to challenge those who may set up shop in second story windows, phone booths, front yards, or scaffolding.

Introduced nearly a decade ago, Team Defender returns to Modern Warfare as a fast-paced objective game mode that puts a twist on the traditional Capture the Flag formula.

Instead of both teams defending their respective flags, there is only one flag for a squad member to capture and hold onto. A squad earns a point for every second that one of their members holds onto this flag, which means defending the carrier is a must for victory. Other than needing the flag to earn points, attackers will want to down the carrier for points, which will lead to games where both squads will frantically attempt to wrest control of the flag until the very last second in this pulse-pounding Multiplayer experience 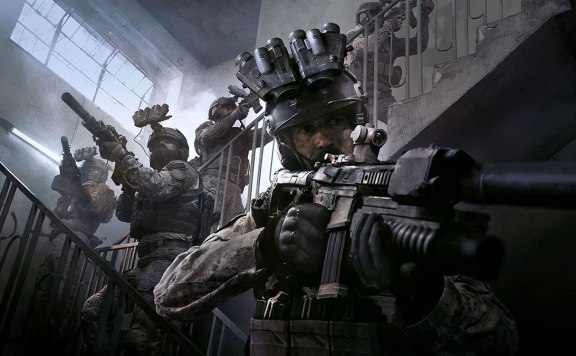 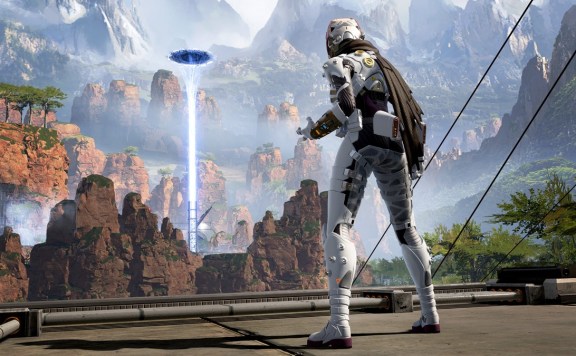 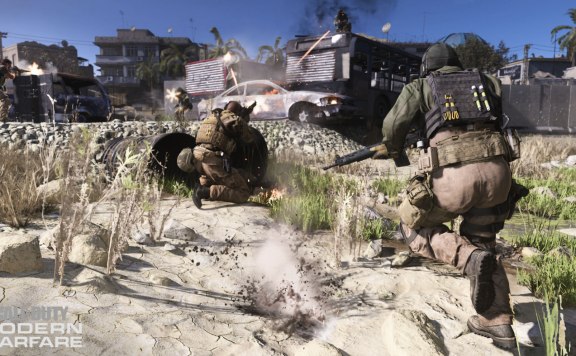 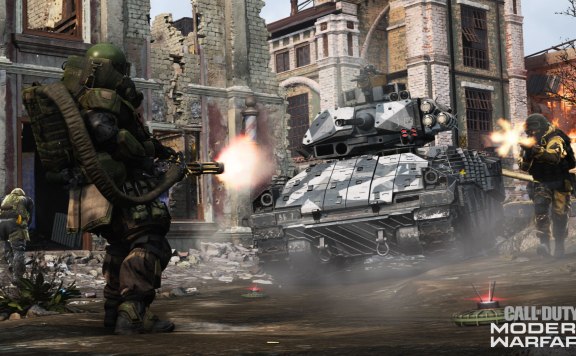 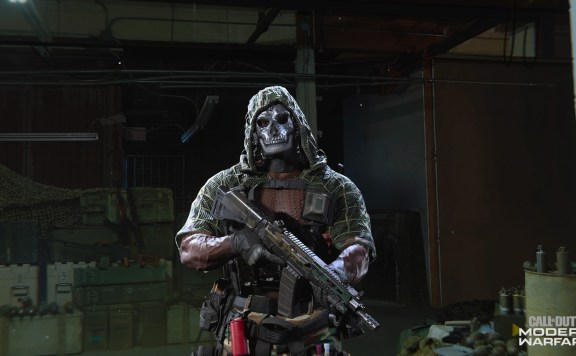 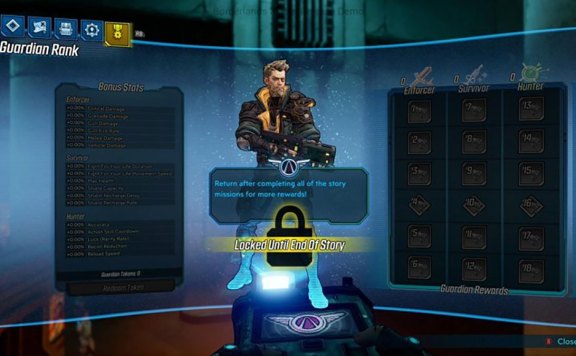