A new update has been released for Vigor adding a new map and lots more changes to the game. The full details are listed in the patch notes below:

Brodalen Bridges. A new area for your encounters – a huge map with new approaches to verticality. If you considered Fjellkanten vertical, wait for the bridges on the new map. I cannot count how many times someone tried to snipe me from the top, or how many times I was doing the same during our playtests. Still, keep in mind bridges aren’t the only thing about the new map. It’s a distinctive setting with rural areas for long-range firefights, combined with eerie woods and sparse houses providing some close quarters engagements. It’s the valley along the meandering river with waterfalls and hidden caverns. And indeed, it has a ton of places to gather precious loot and fight for the airdrop.

As I mentioned the loot… there’s more to loot than meets the eye. We went through all the maps and made them more distinguishable in terms of which resources you are able to find in each location. Common sense dictates there’s more wires along the Viktorsen Station, or possibly more fertilizer on the fields of Brodalen Bridges, and that common sense should be reflected even more than before. Together with that, we decided to make loot boosts even more pronounced to clearly show the difference. As the boosters stack, the amount of loot spots, and items in each of them, increase even more than before.

If you’d prefer to look for some hidden treasure while on the loot run, we have you covered. There’s a new event in all the maps – we call it a Buried Cache. For this, you can find photos with clues around the map, and if you’re able to recognize and find the destination fast enough, a nice reward awaits you hidden underground. Keep in mind that while you may be the only one looking for the cache, other Outlanders could still be wandering the area. Stay alert and you’ll get a nice prize.

You may have noticed that sprinting is rather easy in Vigor. No matter how much you carry, the Outlander is able to sprint easily. This is no longer true as the weight of your inventory reduces your available stamina. Thinking of outrunning others while taking the airdrop crate? Keep in mind that the crate is one of the heaviest items. And stamina isn’t the only thing affected by weight, as your footsteps will now be louder when you’re carrying a lot. On the other hand, we’ve made some quality of life improvements – interacting with loot, Shelter improvements, and various other things like using doors and ladders should be more intuitive than ever before. You don’t need to bow down to collect things on the floor anymore and there should not be cases where you need to be at a specific angle.

We keep looking for your feedback, checking your streams and videos on various channels. One of the pressing issues, and often exploited features, was becoming a Threat after killing your teammate. We decided to make a proper distinction between these and added a Team Killer status. It clearly shows others what cruel deeds someone has done, and tracks the Outlander a lot more often compared to the Threat. Also, killing your teammates for challenges will no longer count, which should also help to severely limit this form of grieving. We are still vigilant about team killings and observe our data on the subject on a daily basis. The same goes for any other feedback – we are really happy for all of the posts and comments and we plan to evaluate them even more often from now on.

That leads me to other news – we have a solid plan for regular game updates. We would like to provide something new to the game ideally on a weekly basis; mostly new customisation. You can check the Featured Store every Wednesday for something new and we are yet to announce the new ways of showing new content. Not only that, we would even like to add more weapons along the way to provide more things you can aim for. And generally, while these minor updates should spice up the waiting, we aim to have a major update roughly every two months, the same as we did with Update 1.1: Bridges. Each of these major updates should provide a ton of tweaks and improvements accompanied with some bigger new feature. 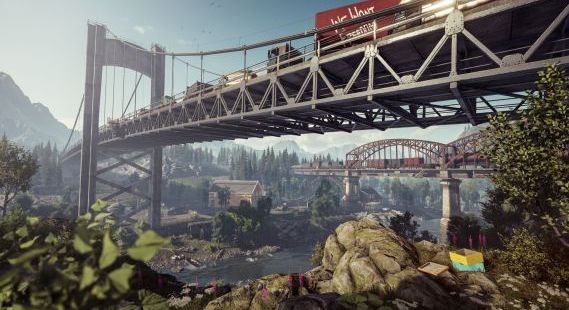 A new update has been released for Vigor adding a new map and lots more changes to the game. The full details are listed in the patch notes below: New Map Brodalen Bridges. A new area for your encounters – a huge map with n...
0
Average User Rating
0 votes
Have Your Say!
Your Rating: 0
Submit
Write A Review