Call of Duty Modern Warfare & Warzone Season 3 Update is out on the 8th of april and tons of new content is being added in the new update and across the season with new maps, modes, operators and lots more.

Expand Your Squad in Quads

Free-to-play Call of Duty: Warzone, a massive combat experience from the world of Modern Warfare, just made your squad a little bit bigger in its newest game mode.

Drop into Quads, available for Battle Royale and Plunder, allowing you to team up with up to three players for a squad of four. Teamwork becomes even more essential for victory in Quads, as losing a member – or three – of a squad will stack the odds against you even further. In Plunder, collect more Cash faster with this expanded fire team that can help you complete Contracts more proficiently or tactically eliminate any opposing teams.

The full version of Modern Warfare is not needed to join the action in Warzone, so grab your “quad” download and drop in!

During the Season, expect to see more modes and playlists that change the loot pool to specific weapon types, and high action modes such as ‘Scopes and Scatter Guns’ (only sniper rifles & shotguns), in addition to other surprises.

Furthermore, ground loot will have a continuous overhaul to diversify the strategies you can take across Warzone. Of note, expect to see every weapon type with a silenced and non-silenced variant, allowing squads to kit themselves for silent operations… or for that final “guns blazing” shootout at the end of a Battle Royale.

Like additional playlists, be on the lookout for the introduction of new weapons and blueprints in Supply Boxes and ground loot to Verdansk and stay tuned for additional meta updates as the Warzone further evolves.

In the middle of the Urzikstan desert lies an urban city with a major construction project taking place at its center. With its citizens long evacuated, combat takes place from door-to-door as teams fight for control of the various overlooks and buildings.

Call of Duty 4: Modern Warfare fans should feel right at home in this Backlot, as it is a remaster of the original map from that game. And for those who are playing this map for the first time, prepare for a great mix of close quarters combat and long-range sniper duels.

This new locale for Multiplayer, at its core, is a 6v6, three lane map with a balance of mid to long range sight lines. Here’s the story behind it:

A sleepy farming village is under peril, as its main sawmill building has caught fire. Operators will fight within the burning wreckage and around it, visiting the local businesses such as the butchery, the mess hall, and even the beekeeper’s area, which includes a couple of active hives!

Although this humble community is a beautiful one, don’t let it distract you from the battle. Use rooftops of buildings to gain the high ground against enemies sprinting from building to building below and use the splashes of footsteps on the rolling river to track down flanking players.

The last 6v6 map is a twist on Aniyah Palace.

You’ve experienced it in 10v10 and in Ground War – now fight within a more enclosed version of the area based around the central palace in Aniyah Incursion.

Note the long sightlines looking out over the main courtyard and pool, along with the small crawl spaces within the palace that can be used to flank your enemies. And be careful with Killstreaks: The Palace can make it tricky to aim them into this complex, so placement will be key to getting those confirmed kills.

If you want a head start on knowing what strategies work, hop on Modern Warfare Multiplayer and drop into some games on Aniyah Palace!

No matter what and where you are fighting, be sure to check the Barracks for a new batch of Missions. These include XP rewards along with blueprints, skins for both Operators and vehicles, and more, so dive in and watch the free content keep flowing.

Players can also earn a handgun blueprint the ‘Cerastes’, a Legendary and meaty assault rifle blueprint the ‘Beefeater’, and a Legendary sniper blueprint to spell demise for your enemies in Warzone the ‘Witching Hour’, 300 Call of Duty points, and more! Get these items across 20 Tiers of Free Content, available to be earned in the Battle Pass system just by playing!

The first of the two free weapons – the Renetti is a well-rounded semi-auto 9mm pistol with an alternative three-round burst attachment. Unassuming, yet deadly, this sidearm excels in close-range combat, but can be kitted for a variety of situations.

The second earnable weapon is the SKS,  a lightweight, semi-auto carbine chambered in 7.62x39mm rounds. This hard hitting and agile Soviet-style marksman rifle focuses on utility over accuracy, which has helped it stand the test of time. It flaunts a faster fire rate than other weapons in its class, but a carefully placed round will eliminate the need for follow up shots entirely.

Both weapons have plenty of unique Gunsmith configurations, allowing you to customize them to your playstyle. These weapons are free just by playing the game.

Get more with Battle Pass Purchase!

(SPOILER ALERT: YOU MAY WANT TO COMPLETE THE CAMPAIGN BEFORE READING THIS NEXT SECTION!)

Battle Pass: After selflessly – and supposedly – sacrificing his own life to destroy the toxic gas factory by manually triggering explosives. Somehow, Alex escaped General Roman D. Barkov’s chemical facility and remained in hiding until Price needed him to come back into the fray…

Starting tomorrow, you are able to play as him when you purchase the Season Three Battle Pass or Battle Pass Bundle (which includes 20 tier skips).

Purchasing the Battle Pass will reward you with Alex instantly, who joins the Coalition’s deep Operator pool within the Warcom group. Don’t worry Allegiance fans: Tier 0 also includes a new shirtless skin for Yegor where he shows why he’s considered a man of nightlife and excess.

Speaking of customization, Season Three introduces vehicle skins, which apply to the vehicles found in Verdansk as soon as you start driving them around the Warzone. Vehicle skins allow you to show off just a little bit more of your style while going for the dub.

Purchasing the Battle Pass also grants access to a Finishing Move involving a fan-favorite pup from the Modern Warfare franchise: Riley at Tier 20. Expect to find all of this, as well as over 100 pieces of other content – ranging from weapon blueprints, charms, and stickers to Operator skins and Finishing Moves – within the Season Three Battle Pass.

During the Season, the Warcom will get another reinforcement in the form of the “one-man army” Ronin, a saboteur and master of multiple fighting systems. Ronin is also proficient in unconventional warfare, foreign internal defense, special reconnaissance, and is just as ruthless with his Finishing Moves as the rest of Warcom.

Plus, Iskra, a new Allegiance fighter in the Chimera division, joins the battle as Season Three progresses.

Find Ronin and Iskra bundles in Store later this Season.

1.  Gun Course – Played on Vacant in two variations (with or without Smoke), make your way through the course as fast as possible while clearing all enemy targets and avoiding civilian casualties

2.  Risky Parkour – Available on three stages, each with a unique course (Hackney Yard, Piccadilly, Gun Runner), move through each checkpoint and finish the course as fast as possible. Beware of the heavy toxic gas on low ground.

3.  Shooting Range – Available on Docks (rifles) and Stack (shotgun), locate and shoot all targets in the area, quickly, while conserving ammunition.

Upgrade to the Full Experience

The digital Battle Pass edition of the comes with the following:

·  A Combat Knife with a custom skin

Even more content is releasing across season 3 with new weapons, characters and more. 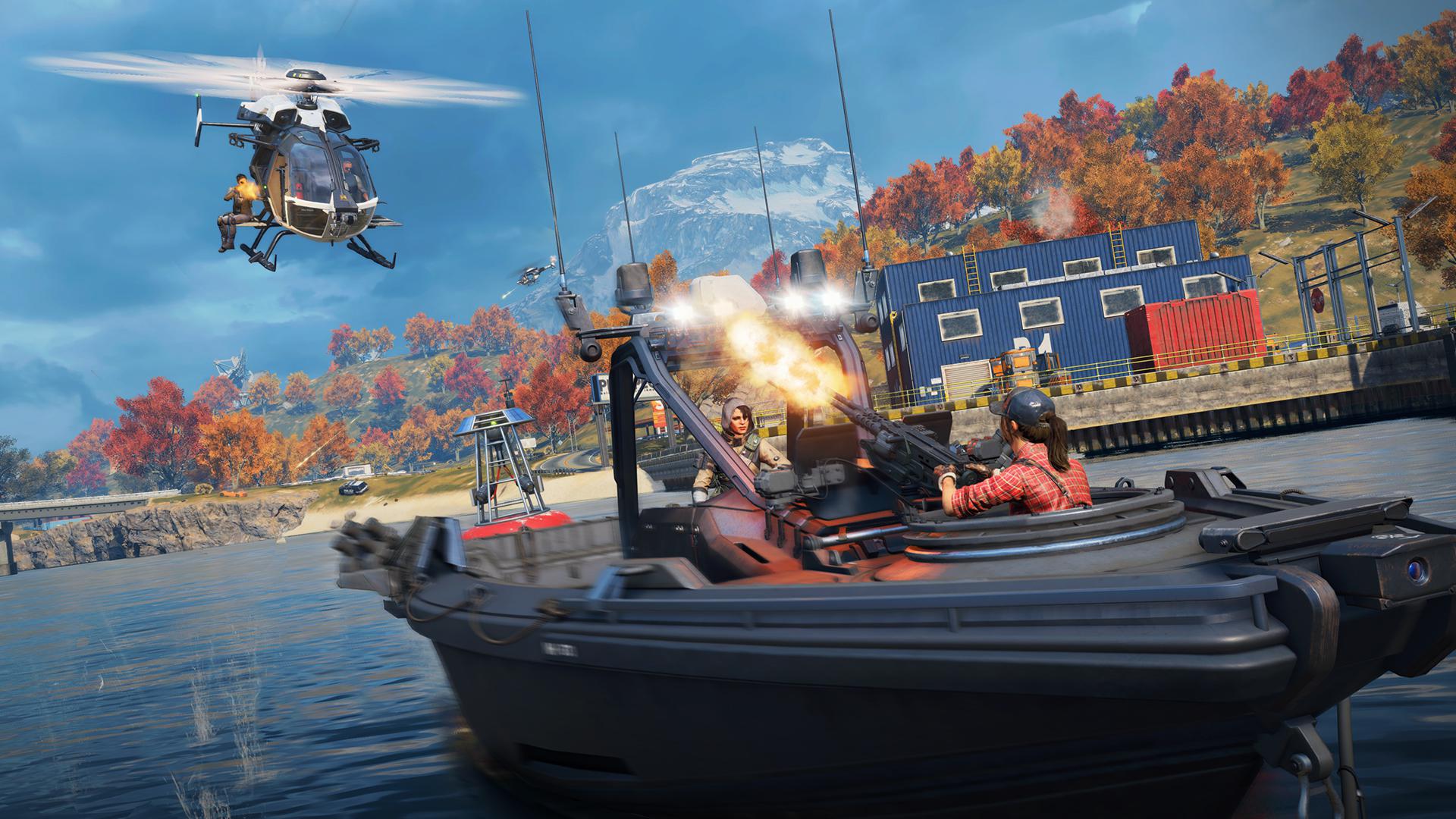 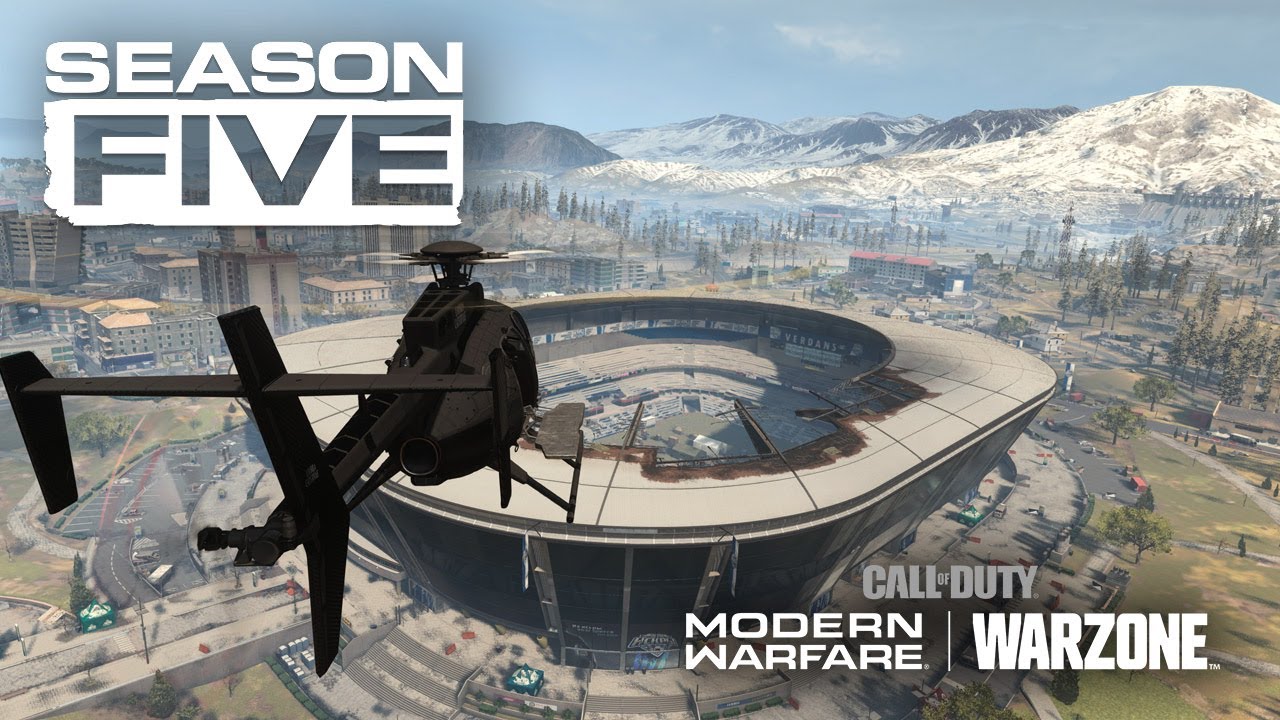