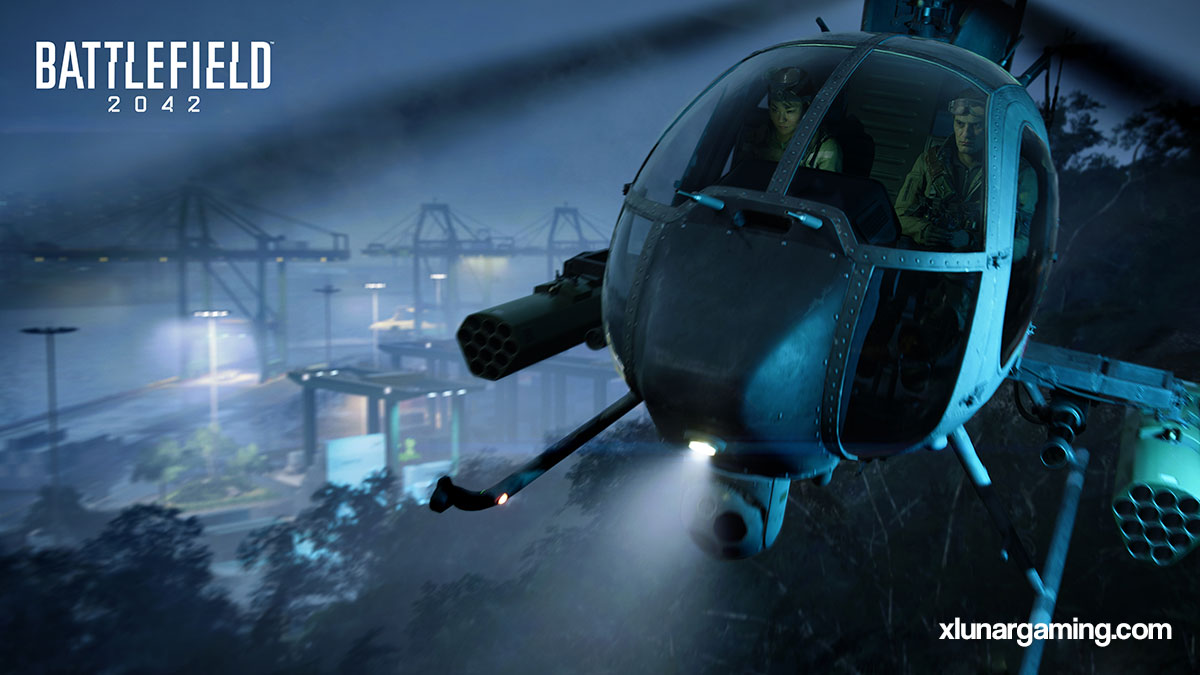 Watch out for tropical tornadoes and navigate through maze-like cargo containers in this key trade location, vital to American supply lines.

Even for those with nothing to lose, this was crazy. After months of moving everything from processors to pork bellies, the latest cargo, 65 Australian refugees, added “Coyote” to this Task Force’s resumé. I held my breath when our next stop appeared through the mist. It was pin drop silence as our ship passed through the Sea Wall protecting Brani Island.

Singapore’s state of the art automated seaport. Rao’s wizardry may have gotten us convincing credentials for the scanners, but I knew if the famously brutal Singaporean Port Authority (SPA) got a whiff of this boat. It would get real loud, real fast.

Brani Island’s Sea Wall shielded it from the massive storms of the 30’s By the mid 30s, rising sea levels had decimated a third of all commercial ports around the world. In a deft response. Singapore built a revolutionary Sea Wall to defend its Al driven cargo distribution system, making Brani Island the central hub of global trade.

“The No-Pats’ problem is piss PR.” Specialist “Casper” Van Daele grumbles. “Singapore used to tolerate us. But it got messy when every terrorist and his mother started calling themselves No-Pats for some tea and sympathy. America was already afraid of losing control of this place, so they wielded all the bad press to force Singapore into shutting all No-Pats fleets out.”

By some miracle, we dock undetected. Casper deploys an OV-P Recon Drone to make sure we’re clear as Rao ushers the refugees into a beat up shipping container that’s been outfitted with cots, a latrine and supplies to last them 10 days. Makes you wonder what’s in any of these containers. The last refugee isn’t able to slip into the hiding spot before sirens erupt.

Rangers (robotic quadrupeds with guns for brains) seemingly fall out of the sky, rushing towards our boat. Casper quickly snipes our mechanical assailants, as the Copperfield lurches out of the dock. Amazingly. Rao hacks into the automated distribution system on the island. dropping containers wherever he can to block our escape.

It’s not enough. The SPA pursues us into open waters. Gunfire. Screams. More gunfire. Silence. Then I hear an ear splitting cannon shot. My heart stops as I wait for impact, until I realize where the blast originated: a constellation of vessels on the horizon. A No-Pat fleet! Fishing trawlers, container ships. tug boats and more.

There’s no telling how many are armed, and the SPA has no interest in finding out. They turn tail. It seems among the 1.2 billion displaced out in the world, this Task Force has at least a few friends. 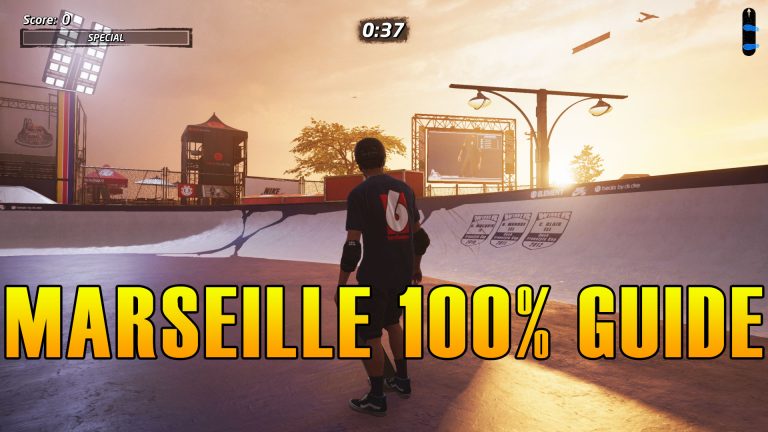 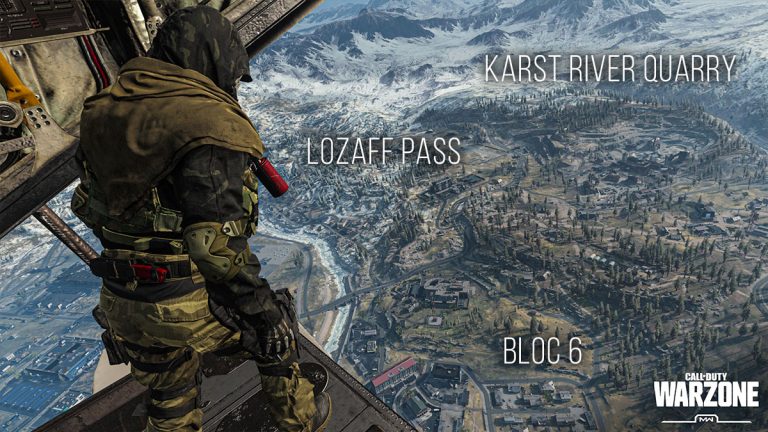 The Modern Warfare Warzone Locations have been revealed along with the games map Verdansk.  Each location on the map is unique and its best to learn the names locations as quickly as possible.  Here is the… 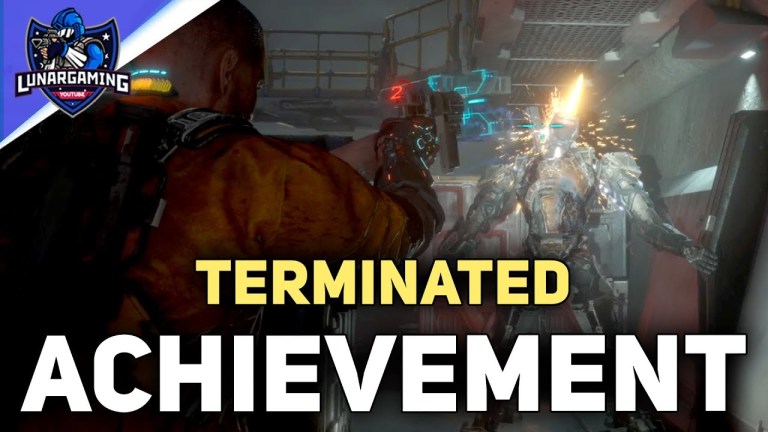 How To Get Terminated Achievement Trophy Kill A Security Robot Callisto Protocol. This requires you to simply headshot the robot guard. 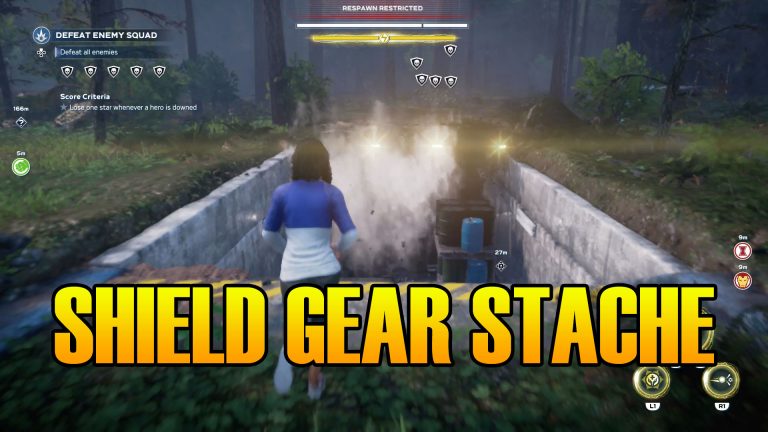 How to find the secret shield gear stache in the stark realities mission in marvel’s avengers. The stache contains rare shield gear and is hidden inside a secret vault. Marvel’s Avengers How To Find Shield… 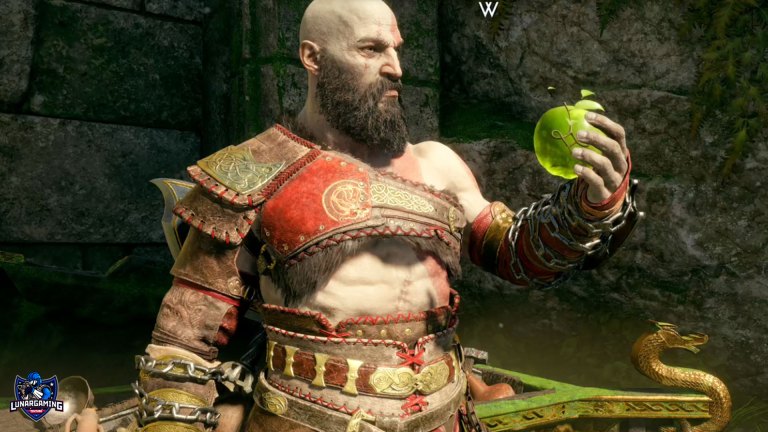 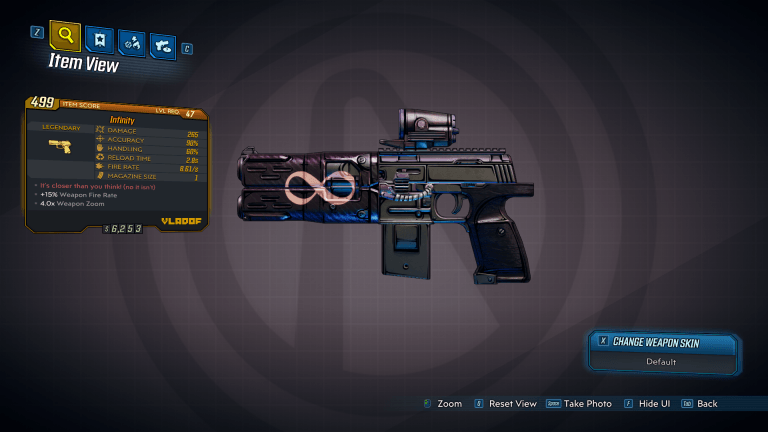 Here is how to get the infinity legendary weapon in Borderlands 3, plus a look at the weapons unique stats and abilities. Infinity Pistol Location & Guide Video Coming Soon….. Infinity Pistol Stats and Description…